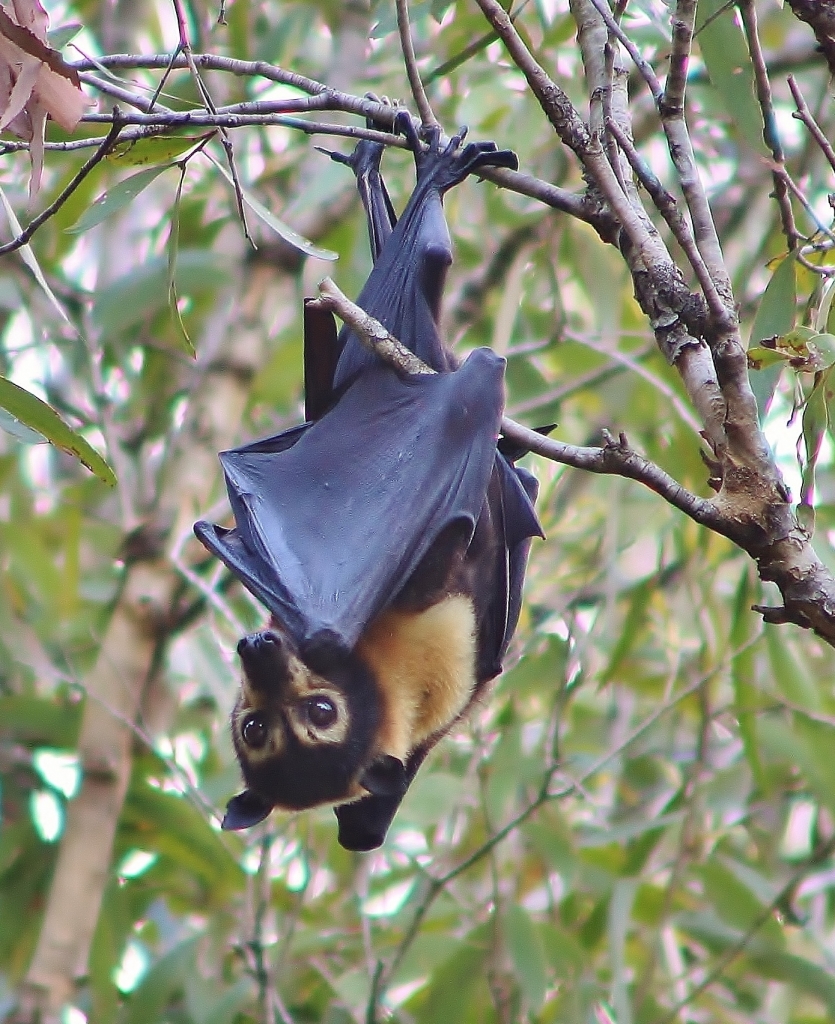 Description Spectacled flying foxes are a beautiful large black flying fox with rings of usually pale fur (but can be anything from blonde to dark brown) around the eyes and across the back of the neck and shoulders. In spring and summer they roost in large colonies but break into smaller groups close to food resources in winter.

Diet Previously described as a rainforest specialist, stable isotope studies by CSIRO showed that this only accounted for about 40% of their diet, the rest being 30% wet and dry sclerophyll (eucalypt), 10% wetland, 10% mangrove and 10% backyard or orchard fruit (pers comm David Westcott). They provide pollination and seed dispersal services to this wide range of ecosystems. Salt is an important part of their diet and is obtained by flying down to drink directly from salt water or chewing mangrove leaves.

Roosts SFFs occur in the Wet Tropics from Cooktown to Ingham, and in smaller numbers further north into Cape York and the Torres Strait. Population numbers in New Guinea and Indonesia are not known. A list of all camps in the Wet Tropics can be found on the website of the The National Flying-fox Monitoring Program. Click on the triangles on the interactive map.

Population SFFs have shown about a 75% decline in the last 15 years, and in late November 2018 lost a further 25-30% of the population in a disastrous heat stress event. CSIRO counts have plotted this decline and some data can be found at The National Flying-fox Monitoring Program.

The chart on the right shows the population data for the Tolga Scrub camp. This is the main camp we work with, the only permanent camp on the Atherton Tablelands and the most important maternity camp on the Tablelands. Large influxes of Little red flying foxes arrive most years in September, often causing the Spectacleds to move to a different part of the Scrub. 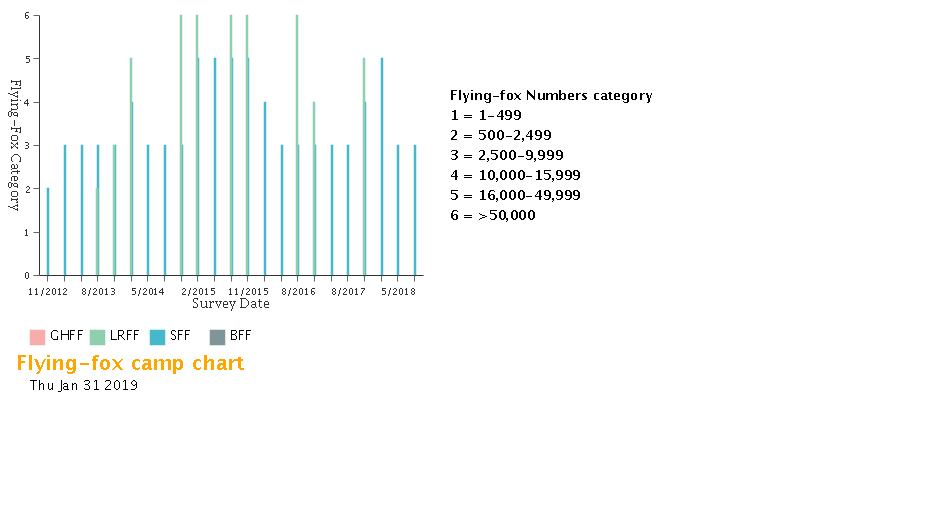