A widespread largely coastal flying fox that occurred across northern Australia but only south of the Queensland border until about the late 1990s. They gradually extended their range as far south as Sydney in 2006, increasing their susceptibility to heat stress events. Individual Black flying foxes have been reported in Melbourne and Adelaide, but no camps.

They are the only Australian flying fox with variable birthing times. In the Northern Territory pups are born January to March, but further south on the east coast they are mostly born in October/November. A small proportion are also born outside these peak birthing months. They seem to be able to get pregnant again, more or less immediately, if they lose a pup. This variability in birthing times is virtually unknown in the other three mainland Australian flying fox species.

In the Extreme mobility study Black flying foxes were noted to be less mobile than the other two flying fox species studied, the Little Reds and the Grey-headeds. In Hendra virus studies they also appear to be more associated with spillover events than these two species.

Another unusual feature of Black flying foxes is reports of them roosting in limestone tower at Chillagoe, and in a water-worn limestone tunnel at Tunnel Creek National Park (Dimalurru) in Western Australia. In both instances it is most likely to escape the heat. 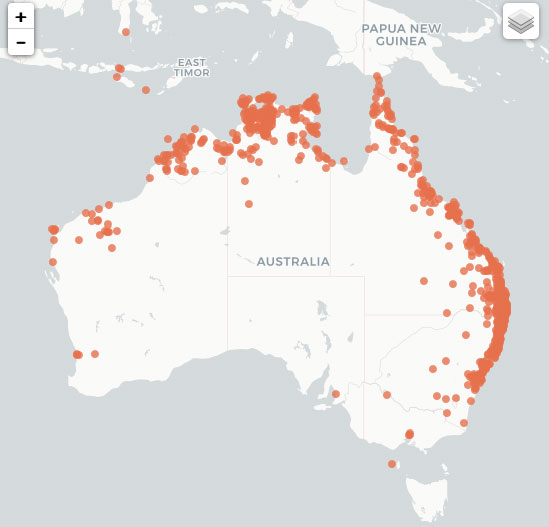 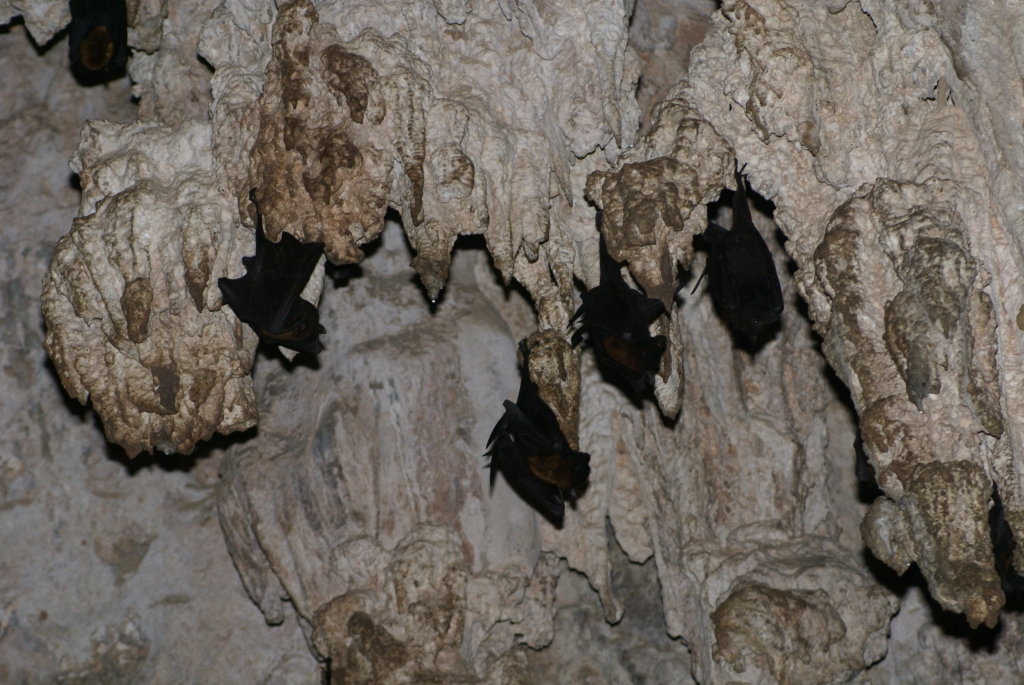 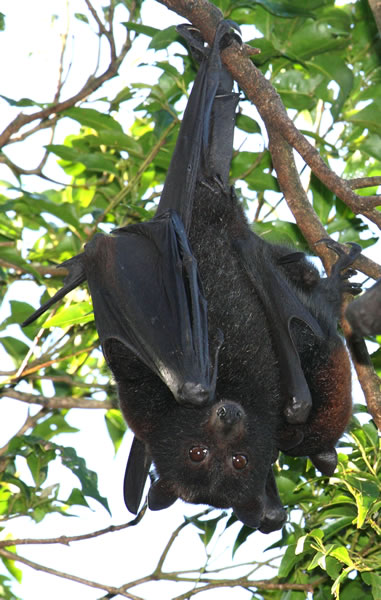 The main threats faced by Black flying foxes include: