Conservation of a species is usually considered on the population level, but for wildlife carers it is also on the individual level. Hence the huge numbers of bat carers here and around the world who get involved in bat conservation as well as their care. Flying foxes have become very urbanised over the last three decades as food resources in cities have become more reliable than in the rural areas. They can be found roosting in town parks and other green areas, sometimes encroaching on residential areas. They also choose small rural towns, often because surrounding areas are devoid of suitable roosts due to land clearing. Flying foxes in large numbers can be noisy and smelly and this in conjunction with the medieval and media-evil myths has brought flying foxes into conflict with humans. People sometimes see large camps of flying foxes where there is an abundant food source and mistakenly believe that conservation of flying foxes is not necessary. They mistake the four different species, not realising that two of them are endangered while population data on the other two is deficient. This deficiency is due to their wide distribution in Australia making it very difficult to locate camps and then simultaneously count them all. On another front, they have been in conflict with fruit farmers but thankfully the tide seems to be turning with lethal methods being legally phased out in most Australian states.

The importance of conserving flying foxes lies in their role as a keystone species, providing the very important ecological services of long-range pollination and seed dispersal. This has become especially important with climate change as they can help mix the genetics of plants of the same species a long distance apart. The resulting genetic diversity improves their ability to adapt to climate change.

The role that a keystone species plays in its ecosystem is analogous to the role of a keystone in an arch. While the keystone is under the least pressure of any of the stones in an arch, the arch still collapses without it. Similarly, an ecosystem may experience a dramatic shift if a keystone species is removed, even though that species was a small part of the ecosystem by measures of biomass or productivity.(Wikipedia) Almost all examples of keystone species are animals that have a huge influence on food webs.

Another very important role is during mast flowering events Mast Flowering_Franklin et al. This is when when eucalypts flower together en masse every few years, producing large amounts of seeds. The glut in seed production makes it harder for the seed predators to eat it all and there is a much better germination rate. This means that more seedlings are produced than in a normal year where the predators may consume most of the seed. Flying foxes are the only species that can arrive in huge numbers from thousands of kms away, pollinate on this massive scale and then leave again. It’s as though nature has devised mast flowering events for the benefit of both flying foxes and the trees involved. 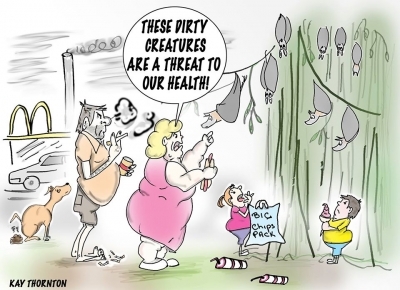 The discovery of Hendra virus and Australian Bat Lyssavirus in 1994 has led to the association of bats and disease in the Australian mindset. The likely role of horseshoe bats in SARS-CoV-1 and SARS-CoV-2 has made this even worse, but there is no evidence of SARS-CoV-2 or SARS-CoV-2-like viruses in Australian wildlife. Go to Wildlife Health Australia website for their fact sheets on these coronaviruses.

Hendra virus cannot spill over from a flying fox to a human. However horses can be infected and they in turn can infect humans. The horse community are advised to have their horses vaccinated against the disease and to avoid contact with any unvaccinated suspiciously ill horses until assessed by a vet. Learn more about Hendra virus and Australian Wildlife.

Australian Bat Lyssavirus is a rare preventable disease but fatal. The risk is extremely low but the consequences are high. Bats die from the disease and are considered infectious for several days before they die through their saliva. This normally means a bite, though the public are also warned against scratches. Follow this link for advice on what to do if you are bitten or scratched by a bat ABLV factsheet_Qland Health or learn more about Australian_Bat_Lyssavirus.

Irrational fear of diseases in bats is an impediment to the conservation of flying foxes in Australia and other countries.

These are always contentious and involve trying to persuade flying foxes to vacate a camp, always because of conflict with humans. There are various means of persuasion including noise, lights and smoke. One of the more controversial dispersals, of Little Red flying foxes in Charters Towers in 2017, involved paintballs and a helicopter. Legislation prevents the harming of flying foxes but shooting parties were common is the early days.  In early 1980 Atherton Shire Council allowed the shooting massacre of large numbers of flying foxes in the Tolga Scrub. Attempts to move Spectacled flying fox camps have been made a few times over the last few decades but the relocation effort at the Cairns library is by far the most contentious.

We are still unsure why flying foxes choose a particular roost. Certainly it has to be safe, near food resources and water, and preferably a minimum tree  height that varies with the species. Flying foxes show strong loyalty to these roosts or camps which are important for flying fox conservation. 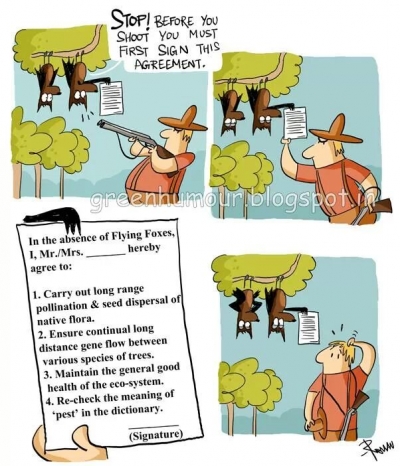 Due to expanding human populations and their associated infrastructure, human-wildlife conflicts are becoming more common. These conflicts are addressed using lethal and non-lethal methods of wildlife control, and many of these methods receive opposition on ethical and welfare grounds. Consequently, there is an increasing need for ethical and evidence-based approaches to wildlife control. In aid of this, 20 experts in wildlife management met for a 2-day workshop in Canada to develop the first international principles for ethical decision making in wildlife control.

The first principle is ‘Modifying human practices’, and proposes altering human practices where possible and fostering a culture of co-existence between humans and wildlife. This should be followed by Principle 2, which is ‘Justification for control’ and requires objective evidence that substantial harm is being caused by wildlife before remedial action is taken. Principle 3 is ‘Clear and achievable outcome-based objectives’. This ensures that wildlife management has clear goals, is able to predict the likelihood of success, and emphasises the need for monitoring to determine success. Principle 4 is ‘Animal welfare’, and proposes using methods that cause the least harm to the least number of animals. This includes the target animals, and non-target animals such as dependent young and other ecological effects. Principle 5 is ‘Social acceptability’ and proposes that the values of the affected community be included when making management decisions. This could involve an ethical review board that assesses the acceptability of wildlife management options, similar to the role of the animal ethics committees that approve scientific research. Principle 6 is ‘Systematic planning’, and proposes that wildlife management should be systematically managed using long-term planning, and that ad-hoc or hasty decisions may lead to ineffective methods that result in senseless harm. Principle 7 is the final principle, and advocates that wildlife management should be based on the specifics of the situation, rather than labels that are applied to the target species, such as ‘pest’ or ‘overabundant’.

It is envisaged that these 7 principles could be incorporated into international standards as a framework that can be used to make rational, ethical, evidence-based decisions about wildlife management.

Hundreds of thousands of flying foxes have been killed in orchards over the last hundred years in Australia. Onsite methods of killing apart from shooting have been electric grids and poisoning. Electric grids are like tall electric fences, they are inhumane, large-scale killers. Their height about the orchard trees make it difficult for flying foxes to avoid as they fly into an orchard. The Federal Court found that about 18,000 Spectacled flying-foxes were killed on just one grid system in north Queensland in 2000-2001 over about 8 weeks. Lengthy court battles eventually shut down the use of these grids, but not the ownership of them.

State environmental authorities issue permits to fruit growers to shoot various numbers of the different species of flying foxes. This practice has now ceased in Victoria will cease in NSW in mid-2021. Queensland is yet to commit to ceasing shooting but it is now a priority action for the Australasian Bat Society and Humane Society International. Cessation of shooting is integral to flying fox conservation in Australia and other countries.

You can read more about the ineffectiveness and inhumaneness of shooting: Cruelty of Shooting, Orchard shooting inhumane, Don’t Shoot Bats 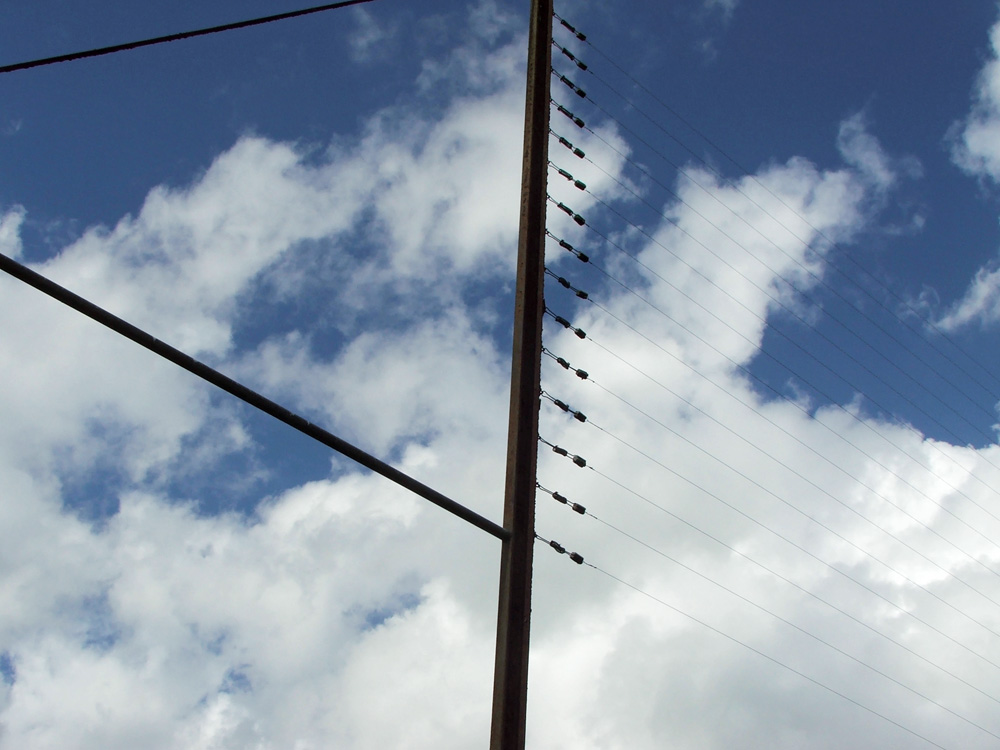 Electric grids are no longer used, but there is still a battle to end shooting. 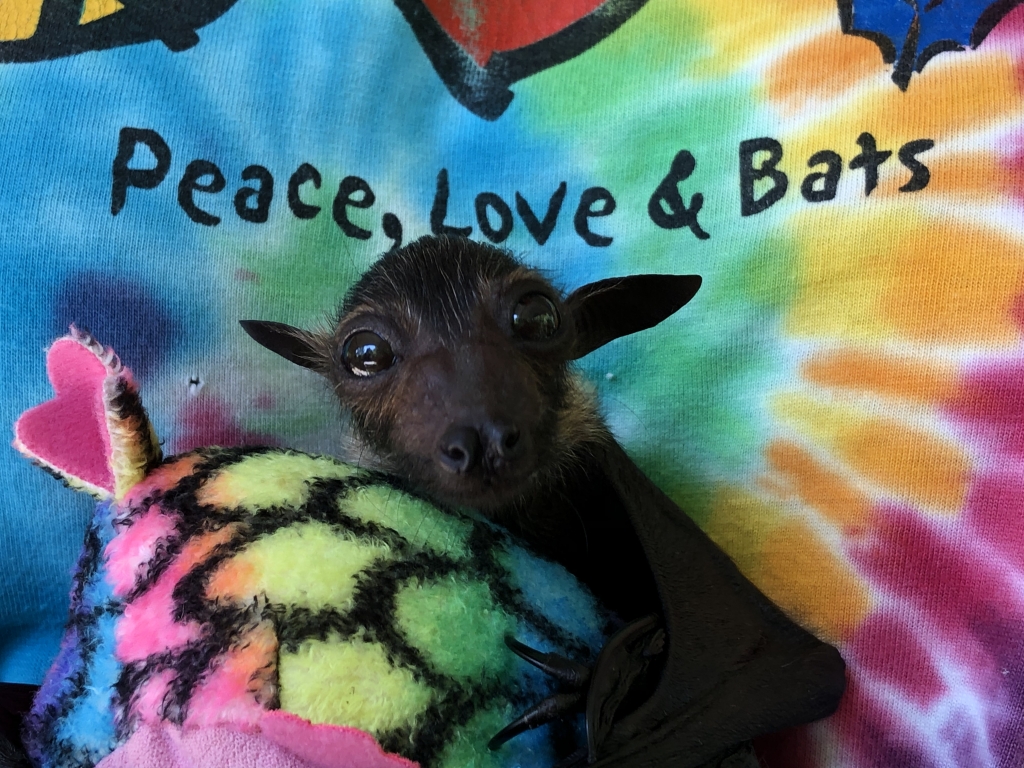