They often share camps with Black flying foxes where their range overlaps. Their most northern camp is Ingham in far north Queensland. Here they commonly share the camp with the other three mainland species of flying fox, the only flying fox camp in Australia with all four species. However the local Council dispersed this camp in 2020 and intends to keep them out of the town park – it is unknown if the four species will come together again to roost elsewhere in the area. During starvation events in NSW, Greys become more nomadic than the Blacks in search their search for food. (Pers.Comm Peggy Eby). They extended their range to Canberra and Adelaide in 2003 during a starvation event on the Australian east coast. 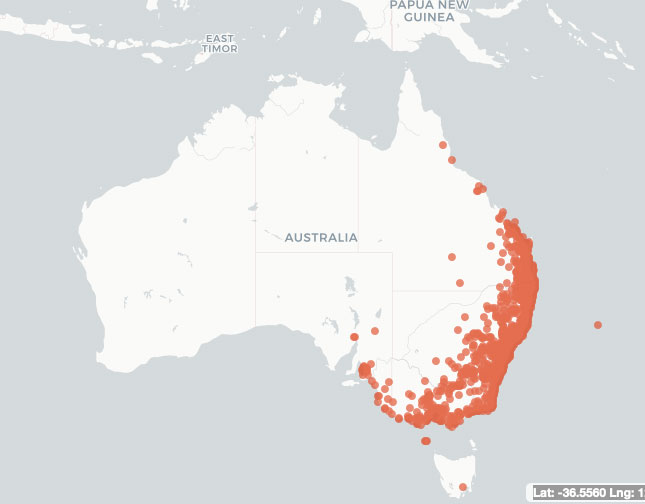 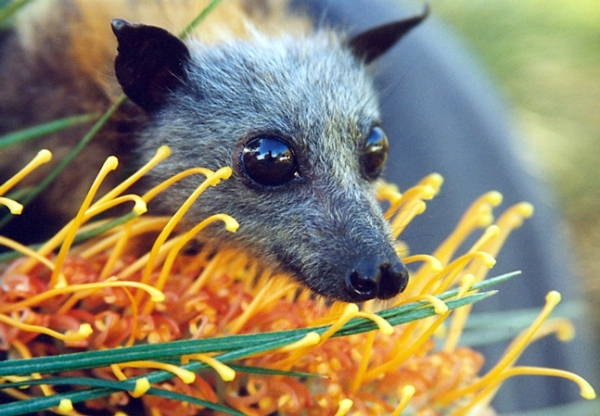 All species of flying foxes love nectar and are essential pollinators in various ecosystems.. 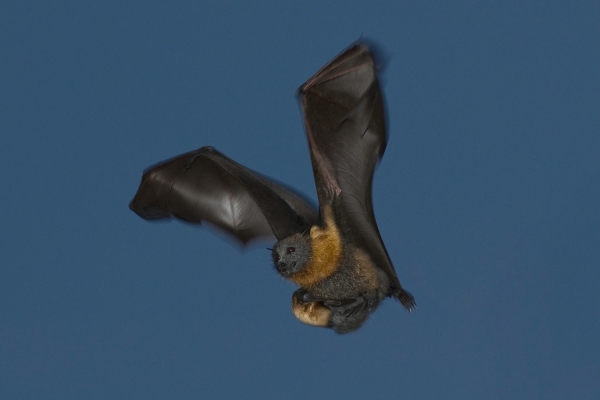 All flying foxes carry their young for the first month or so. When born, the pups are initially unable to control their own body temperature, or hang independently.

“Understanding the feeding behaviour and food resources is important for effective conservation of these highly mobile threatened species when their habitat is declining in quantity and quality.” This statement is from an interesting article Flying Foxes and Cicadas  that reports observing Greys catching cicadas on the wing when light levels are good and the insects are flying, or from among foliage when the insects are at rest. They conclude “seasonal congregations of larger insects such as cicadas may be an important way for flying foxes to supplement the nitrogen in there otherwise protein restricted diets”. While this behaviour has not been observed in the other Australian flying fox species it is probable that they also do this.

Photo below: This Grey-headed flying fox was flying in the day time to get a drink. It was a day where the temperatures in Melbourne got to 48 degrees and many people died in bushfires. Bats skim the water to get their bellies wet, then lick the water off their fur. 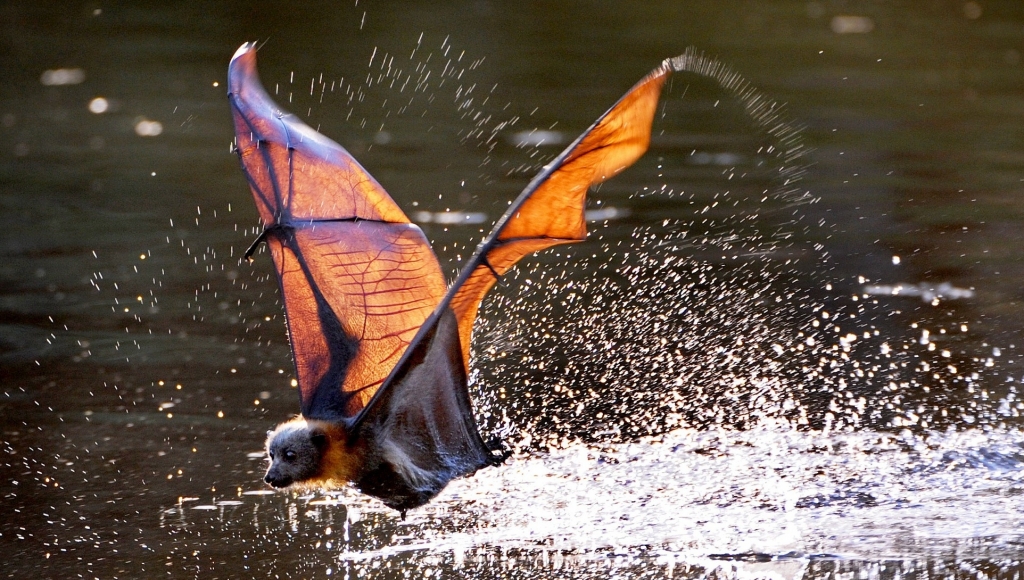