Little Red flying foxes look like a smaller version of the 3 larger Australian flying foxes, but they are also very different.

This species is especially dependent on climatic conditions that determine flowering and nectar production as it almost entirely feeds on nectar. There have been starvation events in recent years where significant numbers of young are found dead under the camp. We think that food shortages mean the mothers do not have enough milk and have to abandon their young.  Large numbers of dead Little Red pups have also been found during cold snaps. Most Little Reds give birth in northern Australia where it’s warmer in winter but sometimes there are maternity camps in southern Queensland that are susceptible.

Iconic photos of Little Red flying foxes in northern Australia often shown them flying down over water to get a drink and fresh water crocodiles leaping up to grab one.

The main threats they face include:

Photo right: A lerp, the sugary covering of a Spotted Gum psyllid (Eucalyptolyma maiden), a favourite of Little Reds. 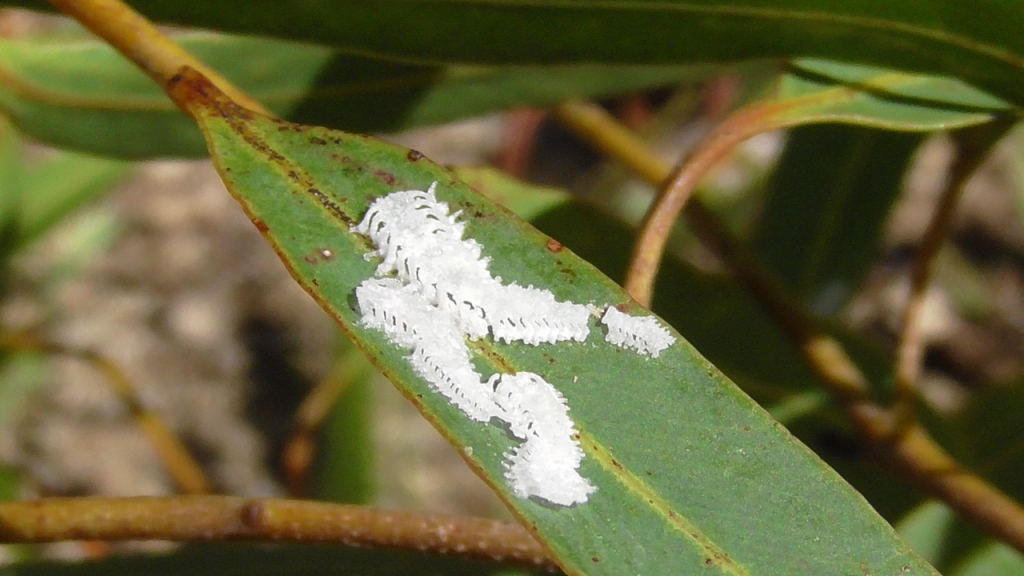 The habit of hanging closely together, damaging trees and arriving in sometimes huge numbers of 500,000+ has sometimes made them very unpopular, resulting in fierce community conflict eg Charters Towers. Queensland Department of Environment and Science with CSIRO and the local Council are trying an innovative approach by developing alternative habitat outside the town. They will try to relocate the animals there, not an easy feat. The other three Australian species can also arrive in large numbers but their numbers are rarely as large. Here is a rare example of a bat-friendly letter to the editor of a Sunshine newspaper, but note the numbers were only about 30,000. Letter to the editor about Little Reds 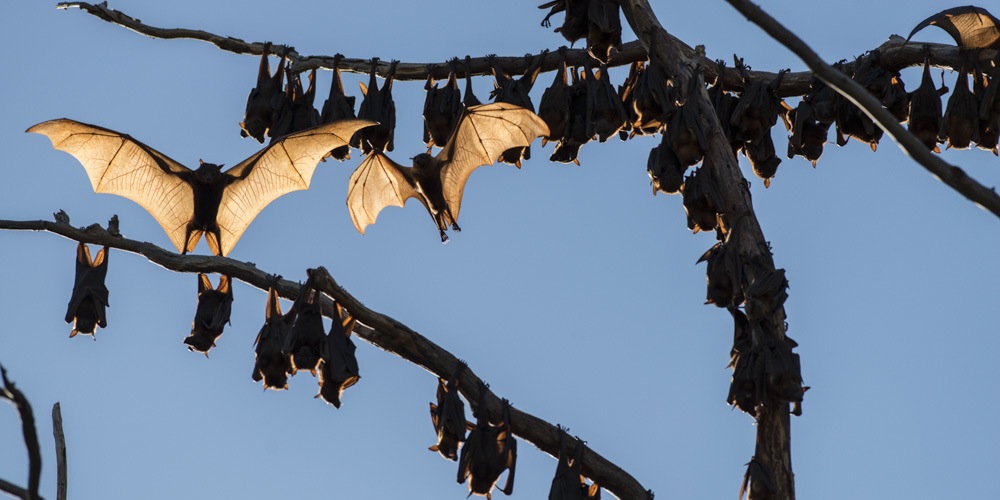 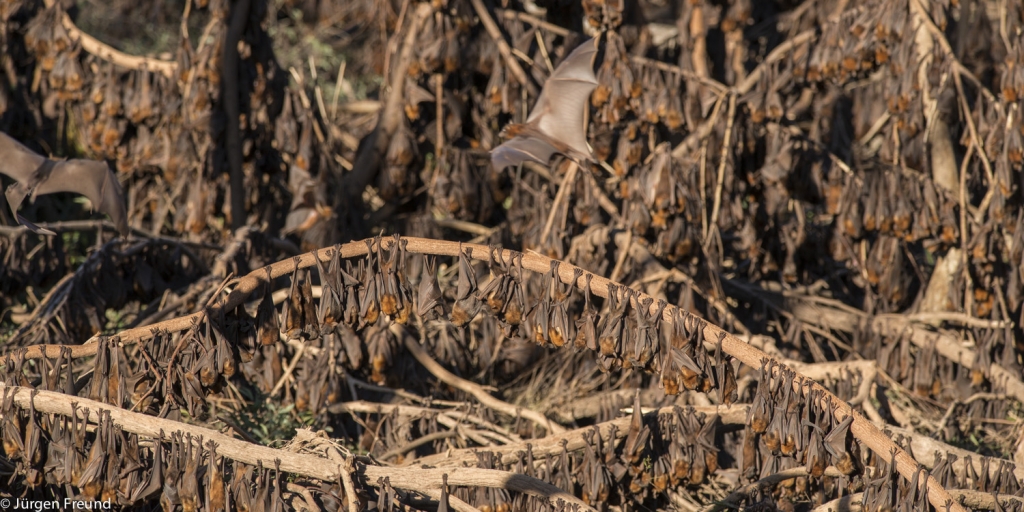 Little Red feeding behaviour in the wild is mainly licking nectar. In captivity the ripe bananas, blossom, banana smoothie and juice bottles allow much of their feeding to be licking too, rather than chewing. On one video you will see them licking the pear rather than biting into it as the three larger species will prefer to do.