We used to rescue about 6 tube-nosed bats a year, but this has now more than doubled in the last few years. 99% are found caught on barbed wire fences, and the occasional one attacked by a cat. Like the blossom bats many die from exposure fairly quickly. The extent of their injuries means that only about 35% can be released. Their short broad wings ensure their flight is highly manoeuvrable and they can easily hover. It is therefore extremely important that they have a full recovery from barbed wire injuries.

When these bats initially come into care they seem to prefer a hard not-so-sweet fruit such as red apple, but over time they often include fruits such as rockmelon, guava, lichee, custard apple, grapes or banana. We present it on small s-hooks as their preferred method of eating is to hold fruit against their chests with their thumb claws, wrapping themselves around the fruit. They can be difficult eaters, displaying different food preferences that can change very quickly. Some will eat only banana, for example, then suddenly stop and it can take some time until you manage to find exactly what it is s/he wants. Flying-foxes are much easier to feed. The tube-noseds are not nectar feeders like the pollinating bats so their tongues are not designed for licking. They bite rather than lick juice off the end of a syringe or teat. Young tube-nosed bat born in our cage to a mother with barbed wire injuries. They were released together once the pup could fly.

We have had trouble maintaining their body weight in captivity, and found that Ensure/Advital/Sustagen  powders dusted on fruit and mixed in their juice makes a huge difference – any easily dissolvable nutritional powder considered a complete food for humans. We have had numerous pregnant females come into care and give birth inside our cage. Flexariums provide good soft housing while in acute care. Often they will not eat well in the open area of our microbat cage and so need to feed in the flexarium as well. 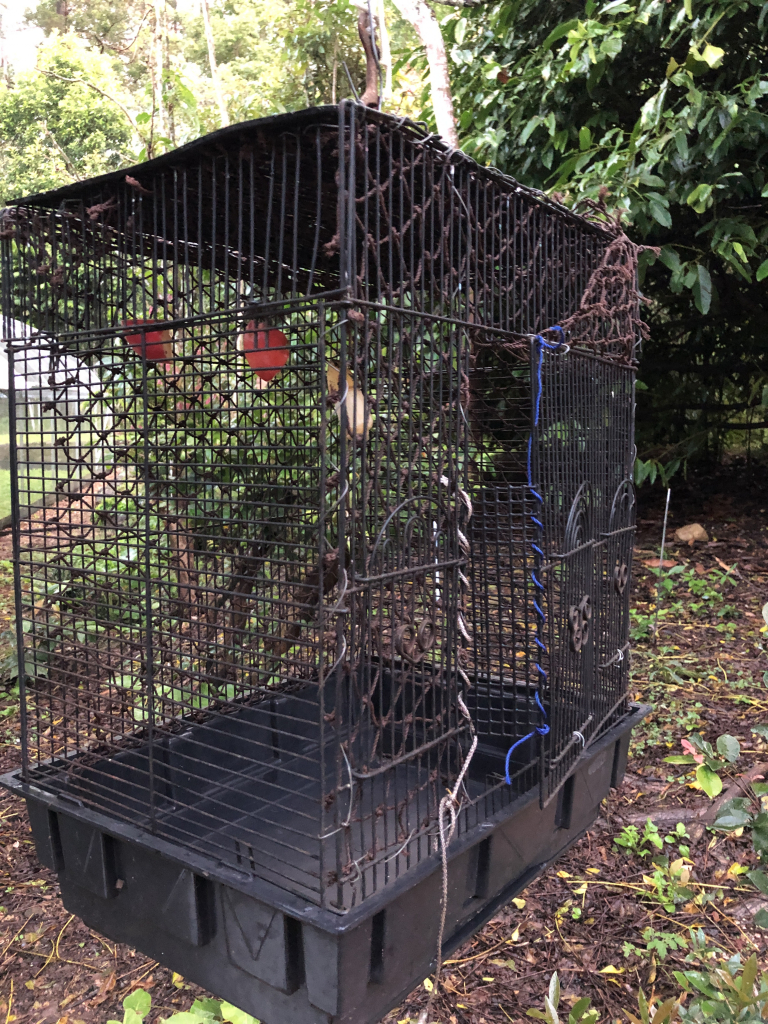 This is the soft release cage for the tub-nosed pups. Once the pups can fly in our microbat cage we put their food into this cage with the door wide open We gradually make the door opening smaller until it is as shown in this photo. The cage is on a pully outside the big cage. The pups are kept inside for the first  night (door closed) to get used to the location, removed for the following day and then that night put in again but with the door open. All megabats are like juice extractors, they extract the juice and spit out the rest. They firstly chew the fruit, then use their tongue to squeeze the fruit against the palate until there is quite a dry spat. This photo shows spats from a tube-nosed bat that had been eating guava, pear and blue quondong. 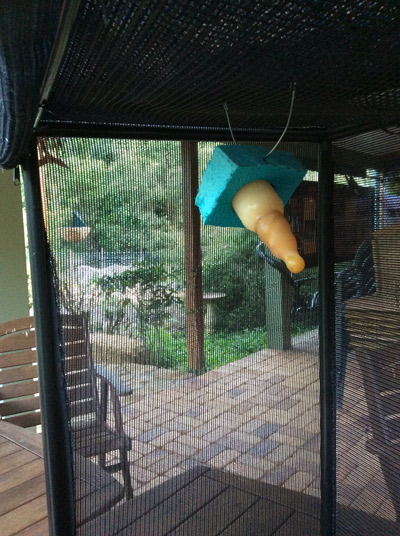 These bats quickly learn to drink from a small bottle (25mls) and teat. The teat needs to be thick-walled as they bite quite hard to get the juice out. We cut a small ‘x’ in the tip of the teat rather than make a hole. This ensures the juice doesn’t leak. We add Ensure/Advital/Sustagen powders to the juice to make it more nutritious. Beware that some individuals will only drink this juice after a while and not eat fruit, so we rarely use these bottles any more. Instead we offer juice from a syringe am and pm. 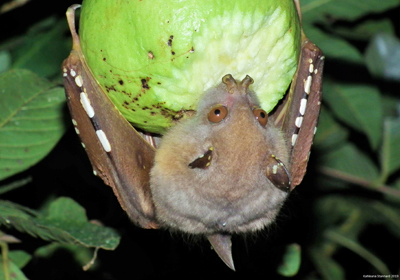 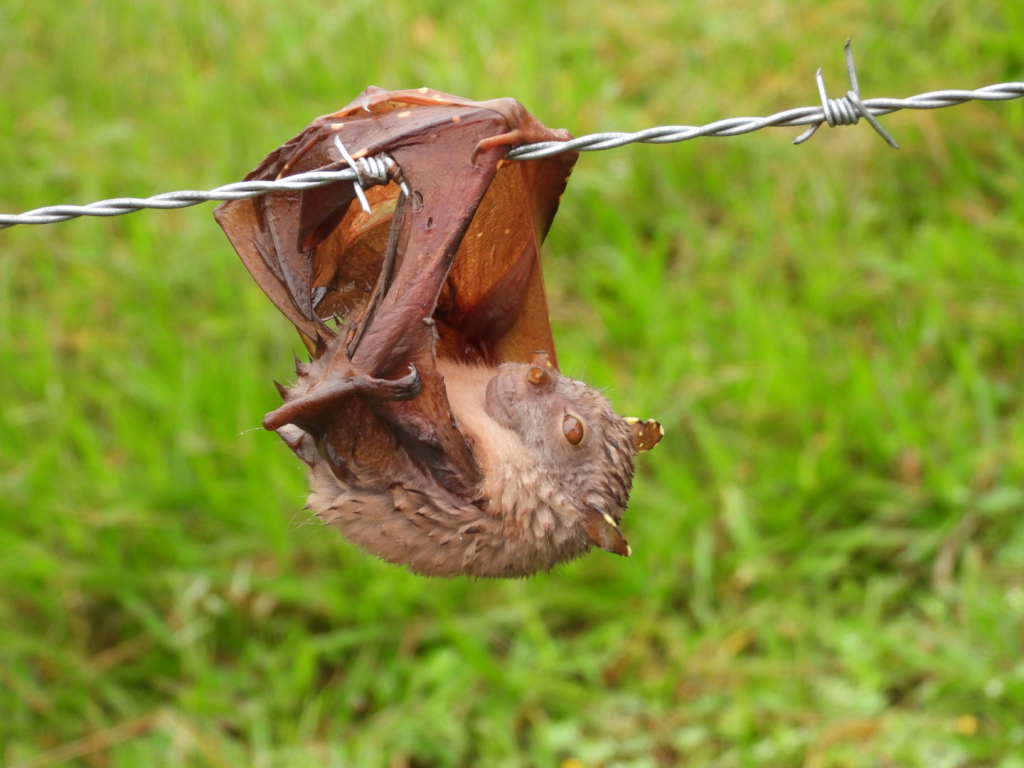 Barbed wire fences, almost the only reason we get tube-nosed bats into care. 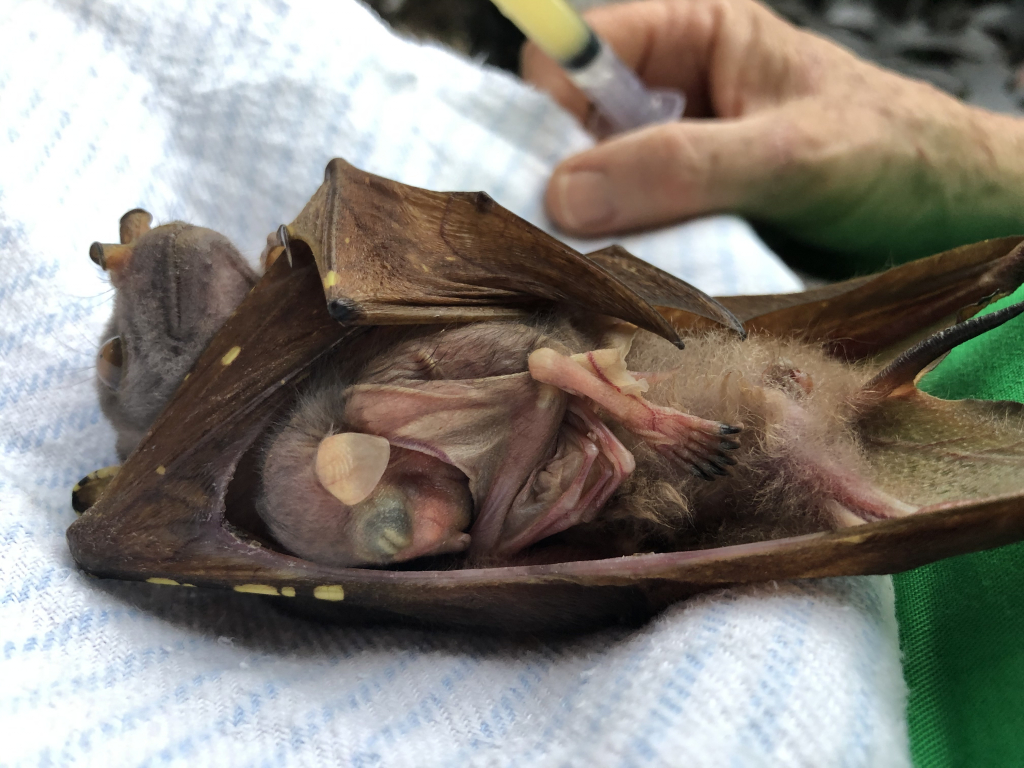 Female tube-nosed with 6 day old young, note the large tear in her wing 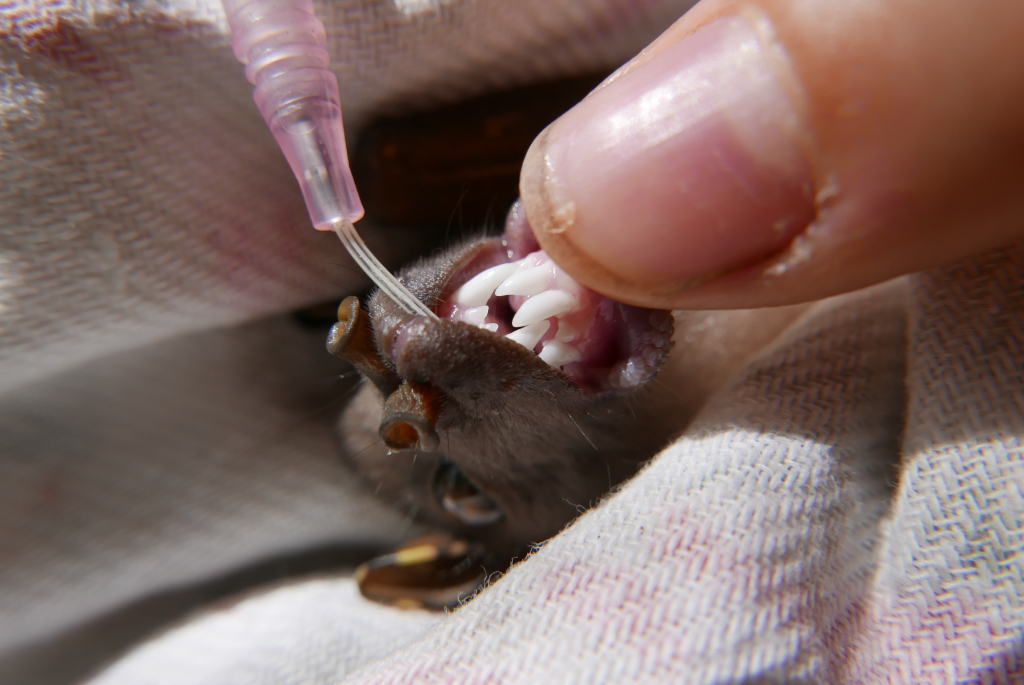 Beautiful white teeth of a young pup, older adults wear their teeth down so they are flat like chisels. 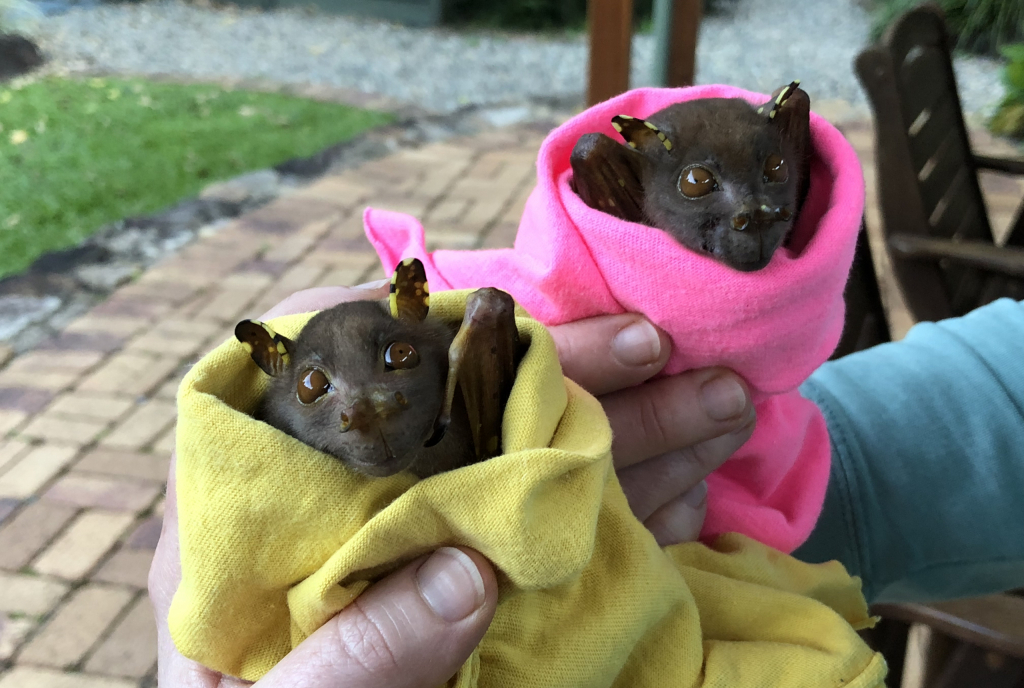 There is quite a variability in the tube-nosed adults coming into care, from the yellow patterns on their body to their temperaments. 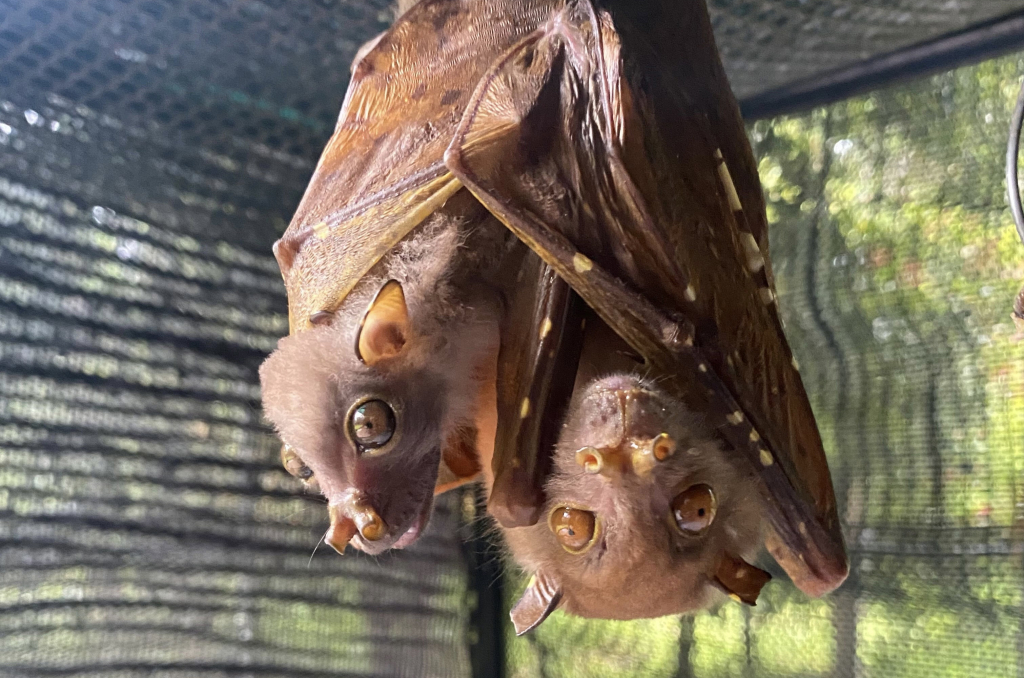 It can be a lot of work to ensure the best outcome for both mother tube-nosed with her pup. It is important to monitor the weight and forearm growth of the pup, as well as the weight of the mother.