Bat conservation is a key aspect of our work at Tolga Bat Hospital. Spectacled flying foxes (SFF) were originally listed as vulnerable in 2002 and up-listed to endangered in 2019 with population data supplied by CSIRO. This data can be viewed by clicking on the red triangle for the camp you are interested in. A major heat stress event occurred along the coast from Cairns to Townsville in November 2018. It resulted in killing about 10,000 Black flying foxes in the Townsville/Ingham areas and about 23,000 SFFs in the Cairns/Ingham areas. This represented about one third of the Wet Tropics population of SFFs and so up-listing to critically endangered seems inevitable. Consequently a recovery team has been formed and began meeting in August 2020. The current recovery plan, done in 2010, can be viewed here.

The major threatening process affecting Spectacled flying fox conservation are almost the same as for the other three species of Australian flying foxes. They include: 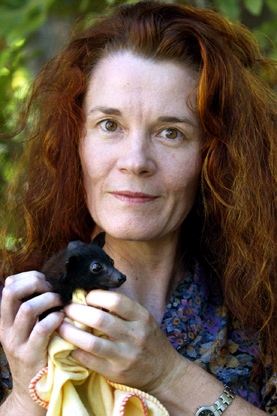 One of the earliest legal fights for the conservation of Spectacled flying foxes was led by Dr Carol Booth and the Environmental Defenders Office. It was the first test case of Australia’s national environmental laws and a landmark in public interest environmental litigation in Australia.

The case involved action to stop the killing of thousands of Spectacled flying foxes on a lychee farm in North Queensland using a large electric grid. It was brought by a conservationist, Dr Carol Booth, after she visited the farm in late 2000 and found extensive evidence of the killing. Bat hospital staff met Carol at this time, taking into care any Spectacled flying fox orphans that she found with mothers killed on the electric grids. Black flying fox pups were taken to Townsville for care.

Dispersals and relocations are always contentious and involve trying to persuade flying foxes to vacate a camp. They are always because of conflict with humans. There are various means of persuasion including noise, lights and smoke. One of the more controversial dispersals, of Little Red flying foxes in Charters Towers in 2017, involved paintballs and a helicopter. Current legislation prevents the harming of flying foxes but shooting parties were common is the early days.  In early 1980 Atherton Shire Council allowed the shooting massacre of large numbers of Spectacled flying foxes in the Tolga Scrub. Attempts to move Spectacled flying fox camps have been made a few times over the last few decades but the relocation effort at the Cairns library is by far the most contentious. 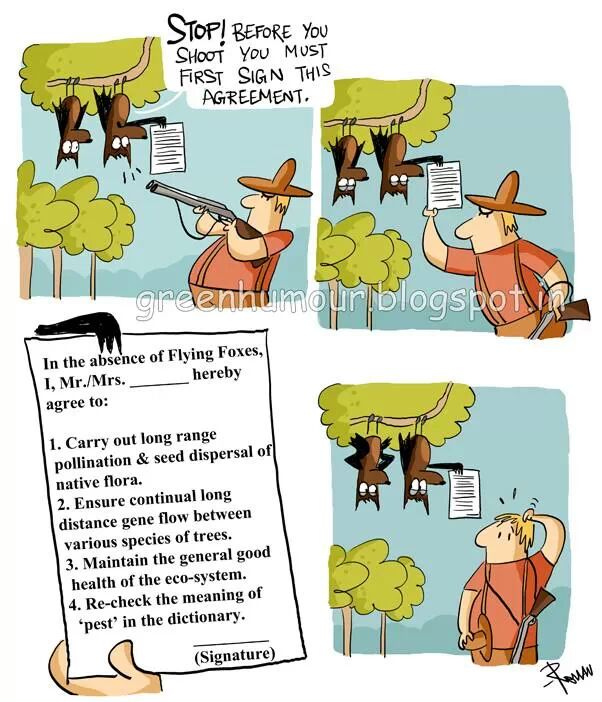 Relocation of Spectacled flying foxes from the Cairns library

Cairns Regional Council began working with the Federal Government for a permit to relocate the flying foxes in 2012 and finally had their permit under the EPBC Act in 2020. Final approval During these 8 years there were many submissions ABS submission on both sides of the fence arguing for and against the slow removal of trees that were roosting trees. Most of the trees that were removed were in a single line around a busy inner city block opposite the library, bounded on one side by a tourist resort and the other by potentially hot concrete and bitumen. In the opinion of this author it was never a functional urban flying fox camp. It was not set back in a park. Every year carers found large numbers of abandoned pups and aborted foetuses. No other camp in Australia has this degree of mortality. With the removal of 23 trees and the death of one of the library trees, this camp became unsalvageable. The stress on the remaining four trees put their survival at risk.

The vast majority of people working directly with flying foxes in Australia understood these arguments and supported the Council once the permit was approved. A very small group of protesters, none of them bat workers, attended the relocation each morning and circulated a lot of misinformation on social media. However the relocation was effective from the first day, 4 July 2020. No flying foxes roosted at the library for the next 40 days. We will keep this page updated from time to time. 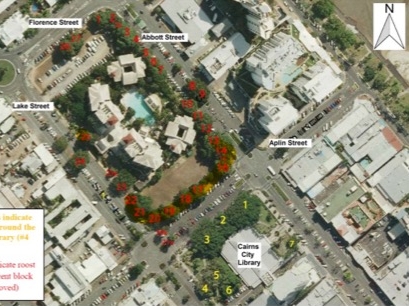 Flying fox roost trees at the Cairns library before tree removals, T4 was removed in 2014 after its roots were damaged in the construction of the adjacent bus terminal. T6 was also removed 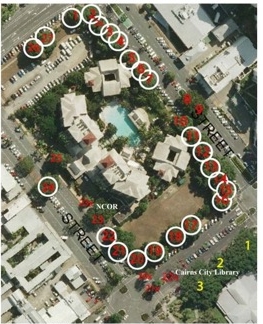 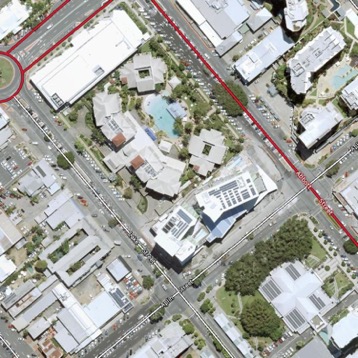